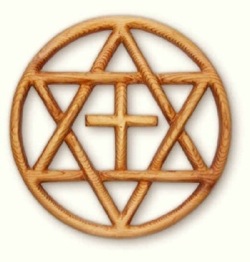 1.) The church becomes a parenthesis in God’s redemptive plan. Rather than being the primary goal and plan of God — “According to the eternal purpose which he purposed in Christ Jesus our Lord” (Eph. 3;11), the church becomes a step for God to fulfill His plan to the Jews.  This was explicitly declared by earlier ‘classic’ Dispensationalists, though many contemporary ones feel uncomfortable with it. While many now reject this idea of the church being a parenthesis, the fact remains that they see that the Jews will become the predominate players in God’s plan, distinct from the church in the Millennium.

2.) The Gentile believers remain the second-class citizens of the kingdom. It is not merely that the Jews become the predominate players in God’s plan, but they shall rule over the nations, which must include saved Gentiles. The would fly in the face of the fact that there is neither Jew nor Gentile in Christ, that all believers inherit all things, and that we all shall reign with Christ as Kings and Priests.

3.) The doctrine of Soteriology or the nature of salvation in relation to the Eschaton (last days) has changed. This is the most controversial contention, and a problem which many contemporary Dispensationalists try very hard to distance themselves.  However, some points cannot be satisfactorily settled. First, while all agree that one is saved by faith, the object of faith is fluid in the minds of many Dispensationalists, it is not necessarily Christocentric, that is, settled upon the finished work of Christ on the cross. Instead, it is a rather limiting type of faith tied to the general revelation of God at that point of time. Second, while there is a growing number of Dispensationalists that argue over the work of the Holy Spirit without distinction between the Spirit’s work in the New Testament and that of the Old. Thus, they minimize the gift of the Spirit  in the New Testament, and interestingly they do so because the gift of the Holy Spirit was a gift to emphasize the centrality of the Church as Christ’s bride, and as a significant focus in God’s redemptive plans -NOT Israel. Third, many view that the Spirit of God will depart the Righteous during the Tribulation.  Despite the fact that the Bible teaches that He will NEVER leave us.

4.) A slouching toward Antinomianism. For the vast many Dispensationalists, the Law has effectively been abolished. There may be a moral law to be followed –usually defined by the idea of love, the Ten Commandments as a whole are not required as a rule for life and conduct.

5.) A Distortion and closure of the Bible. This is done through the destruction of proper biblical hermeneutics in two ways. On one hand, too frequently, it is preached by many contemporary Dispensationalists that the OT promises and texts are exclusive to Israel, both now and in the future; therefore, marginalizing large portions of the Scripture to the modern “Gentile” Christian. While many seek to principalize the OT (in measure, also a good thing), this can hardly be said to satisfy the demands that we as modern gentile Christians may extract doctrine, reproof, instruction in righteousness; nor does it satisfy the idea that all the promises are yea and amen in Christ…to all Christians!  On the other hand, for Dispensationalists, the Bible is preemptively exclusionary by giving preeminence to the OT over the NT because of undo eschatological, dispensational emphasis of the redeemed Jew. No true Christian sees the OT as non-applicable, but rejecting the clarity of the NT to interpret the obscurity of the OT makes it so that we are left in the darkness about the mysteries of salvation.

In short, If I may sum it up in the words of A. W. Pink, “Dispensationalism is a modern and pernicious error”.