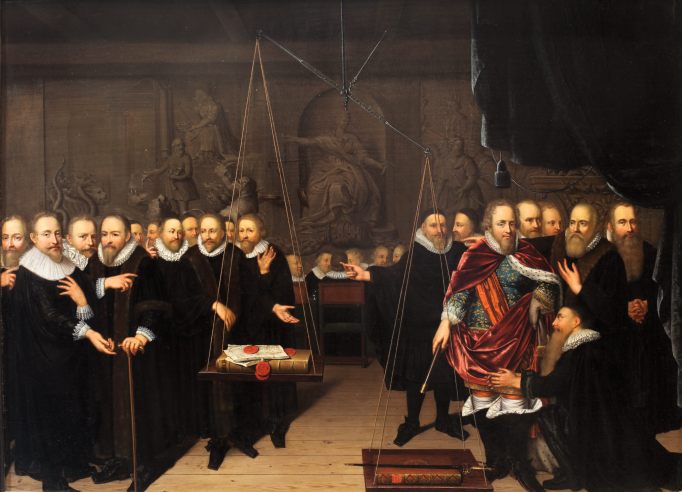 While not denying the necessity of Grace for salvation, Semi-Pelagianism maintains that the first steps towards the Christian life are ordinarily taken by the human will and that Grace supervened only later.

In contrast to Semi-Pelagianism, Arminianism teaches that the first steps of grace are taken by God. This teaching derives from the Remonstrance of 1610, a codification of the teachings of Jacob Arminius (1559-1609). Here are the 3rd and 4th articles of five to show how close it actually approaches traditional Calvinism, but still leaves man with a small island of righteousness, as it affirms that, unregenerate man can think spiritual thoughts, perceive the beauty and excellency of Christ, create affections for Him and thus turn in faith to Him, apart from the quickening of the Holy Spirit – although it is claimed that prevenient grace places the sinner in a semi-regenerate-like state. The following Arminian articles of the Remonstrance affirm that God’s grace is always resistible, therefore, when one believes, it is not grace which makes one to differ from another person, but naturally produced faith:

Article III.  That man has not saving grace of himself, nor of the working of his own free-will, inasmuch as in his state of apostasy and sin he can for himself and by himself think nothing that is good–nothing, that is, truly good, such as saving faith is, above all else. But that it is necessary that by God, in Christ and through his Holy Spirit he be born again and renewed in understanding, affections and will and in all his faculties, that he may be able to understand, think, will, and perform what is truly good, according to the Word of God [John 15:5].

Article IV.  That this grace of God is the beginning, the progress and the end of all good; so that even the regenerate man can neither think, will nor effect any good, nor withstand any temptation to evil, without grace precedent (or prevenient), awakening, following and co-operating. So that all good deeds and all movements towards good that can be conceived in through must be ascribed to the grace of God in Christ. But with respect to the mode of operation, grace is not irresistible; for it is written of many that they resisted the Holy Spirit [Acts 7 and elsewhere passim].

Reformed Theology by contrast teaches that the natural men may have common grace, common illuminations, and common affections that are from the Spirit of God. Natural men have sometimes the influences of the Spirit of God in His common operations and gifts, and therefore God’s Spirit is said to be striving with them, and they are said to resist the Spirit, (Acts 7:51;) to grieve and vex God’s Holy Spirit, (Eph. 4:30; Isaiah 63:10;) While indeed fallen men resist grace every day when the gospel is presented to them, for that is their nature and desire. But it is important to note that God can and does make His grace effectual or irresistible at a time of His sovereign merciful choosing (John 6:37, 39, 44, 63-65; John 3:8; Matt 11:27; 1 Corinthians 1:9; Paul’s conversion in Acts 2:39, Acts 9; Rom 8:30 ROM 9:11-24; 1 Cor. 1:9-26; Gal. 1:6-15; 1 Thess. 1:5, 6; 1 Thess. 2:12; 5:24; 2 Thess. 2:14; Eph. 1:18; 4:1-4, 5; 2 Tim. 1:9; Heb. 3:1; 1 Pet. 2:9; 5:10; 2 Pet. 1:3-10). If this kind of effectual grace can be resisted, as Arminians claim, then faith is understood as a natural preparation for saving grace, as the fulfillment of a condition for receiving supernatural grace by the performance of something that is within man’s natural capacity/desire to do. Man, in this scheme, cooperates with God’s prevenient grace according to his native ability. But the Scripture teaches that salvation is not a faith-contribution or a principle standing ultimately independent of God’s action of grace. Rather, it does not owe exclusively to man’s natural endowment with a free will and does not arise out of an inherent capacity of the natural man, as Arminians teach. Rather, God acts unilaterally and exclusively, taking the sole initiative in a free act of sovereign grace—grace that is altogether prior to, and productive of, justifying faith. As such, the grace of Christ is not only necessary but sufficient to save us to the uttermost. Salvation is of the Lord since God was entirely responsible for it and, as such, we thank God for our entire salvation. This strips us of all of our self-righteousness and boasting since we cannot attribute even our faith to our own natural wisdom or sound judgment, or better understanding than our neighbor, but only to God.

“The sacred writings frequently point out the analogy between natural and spiritual things. The same Spirit, which in the creation of the world moved upon the face of the waters, operates on the human character to produce a new heart and a new life. By this operation the affections and faculties of the man receive a new impulse — his dark understanding is illuminated, his rebellious will is subdued, his irregular desires are rectified; his judgment is informed, his imagination is chastised, his inclinations are sanctified; his hopes and fears are directed to their true and adequate end. Heaven becomes the object of his hopes, and eternal separation from God the object of his fears. His love of the world is transformed into the love of God. The lower faculties are pressed into the new service. The senses have a higher direction. The whole internal frame and constitution receive a nobler bent; the intents and purposes of the mind, a sublime aim; his aspirations, a loftier flight; his vacillating desires find a fixed object; his vagrant purposes a settled home; his disappointed heart a certain refuge. That heart, no longer the worshiper of the world, is struggling to become its conqueror. Our blessed Redeemer, in overcoming the world, bequeathed us his command to overcome it also; but as he did not give the command without the example, so he did not give the example without the offer of a power to obey the command.”

While it is clear that Arminian Theology and Semi-Pelagianism have a different view of grace; (Arminianism believes God must initiate with grace and Semi-Pelagianism believes man must initiate to receive grace), but both systems ultimately share in common a characteristic – synergism. The question Arminians still need to answer is why do some people believe the gospel and not others? Is the ultimate power/desire to cooperate with God’s grace itself a work of the Holy Spirit or of the natural man? How can a natural man produce holy affections without God illuminating and regenerating the mind and heart? What ultimately makes men to differ, grace or faith?

When you are ushered before the presence of God on the Day of Judgment are you willing to declare, ‘I’m here because of something “I” did’, or even partly did in cooperation with Christ? Or will you give ALL GLORY to God, even for your new eyes, ears and heart to believe.