There is no better sign of true repentance—than a holy hatred against sin.
..
Sound repentance begins in love to God, and ends in the hatred of sin.

How may true hatred of sin be known?

When a man’s HEART is set against sin. Not only does the tongue protest against sin—but the heart abhors it. However lovely sin is painted—we find it odious—just as we abhor the picture of one whom we mortally hate, even though it may be well drawn.

Suppose a dish be finely cooked and the sauce good—yet if a man has an antipathy against the meat, he will not eat it. So let the devil cook and dress sin with pleasure and profit—yet a true penitent has a secret abhorrence of it, is disgusted by it, and will not meddle with it.

True hatred of sin is UNIVERSAL.

There is a dislike of sin not only in the judgment—but in the will and affections. Many a one is convinced that sin is a vile thing, and in his judgment has an aversion to it—yet he tastes sweetness in it—and has a secret delight in it. Here is a disliking of sin in the judgment—and an embracing of it in the affections! Whereas in true repentance, the hatred of sin is in all the faculties,not only in the mind—but chiefly in the will: “I do the very thing I hate!” (Rom. 7:15). Paul was not free from sin—yet his will was against it.

He who truly hates one sin—hates all sins.

He who hates a serpent—hates all serpents. “I hate every false way!” (Psalm 119:104). Hypocrites will hate some sins which mar their credit. But a true convert hates all sins—gainful sins, complexion sins, the very stirrings of corruption.

A holy heart detests sin for its intrinsic pollution.

Those who have no antipathy against sin, are strangers to repentance.

Sin is in them—as poison in a serpent, which, being natural to it, affords delight. How far are they from repentance who, instead of hating sin—love sin! To the godly—sin is as a thorn in the eye; to the wicked—sin is as a crown on the head! “They actually rejoice in doing evil!” (Jer. 11:15).

Loving of sin is worse than committing it.

What is it, which makes a swine love to tumble in the mire? Its love of filth. O how many there are—who love the forbidden fruit! They love their sin—and hate holiness.

There should be a deadly antipathy between the heart and sin. What is there in sin, which may make a penitent hate it? 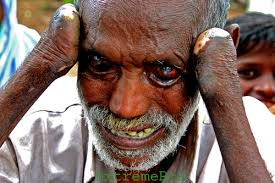 Sin is the accursed thing, the most deformed monster!

Look upon the origin of sin, from whence it comes. It fetches its pedigree from hell: “He who commits sin is of the devil!” (1 Jn. 3:8). Sin is the devil’s special work. How hateful is it to be doing that which is the special work of the devil—indeed, that which makes men into devils!

Meet the author and part of your Christian heritage: Thomas Watson (c. 1620 – 1686) was an English, Nonconformist, Puritan preacher and author.

He was educated at Emmanuel College, Cambridge, where he was noted for remarkably intense study. In 1646 he commenced a sixteen-year pastorate at St. Stephen’s, Walbrook. He showed strong Presbyterian views during the civil war, with, however, an attachment to the king, and in 1651 he was imprisoned briefly with some other ministers for his share in Christopher Love’s plot to recall Charles II of England. He was released on 30 June 1652, and was formally reinstated as vicar of St. Stephen’s Walbrook. He obtained great fame and popularity as a preacher until the Restoration, when he was ejected for Nonconformity. Notwithstanding the rigor of the acts against dissenters, Watson continued to exercise his ministry privately as he found opportunity. Upon the Declaration of Indulgence in 1672 he obtained a license to preach at the great hall in Crosby House. After preaching there for several years, his health gave way, and he retired to Barnston, Essex, where he died suddenly while praying in secret. He was buried on 28 July 1686.