[For those who know me know that I love a good story, especially a story that teaches a precious spiritual truth, or is about the life of a Christian whose example testifies of Christ, his Master. This is an ancient story of a simple cook, who loved God and in his simple way, was ready to testify of that faith once given to the saints. I had originally decided not to publish this account because, I felt that there was not enough “spiritual meat on the bone.” However, over the course of the last six months, I have used the verse highlighted in this old tale on several occasions, as well as the thoughts behind it. So, read and enjoy. –M.W.P.] 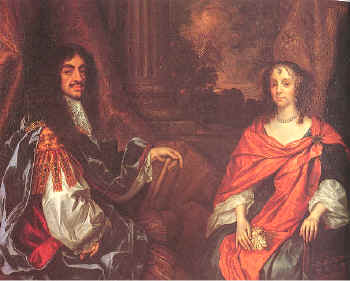 .The witty Earl of Rochester being once in company with the king, Charles II…

…his queen, chaplain, and some ministers of state, when the king suddenly exclaimed, “Let our minds be unbended from the cares of state, and give us a generous glass of wine, that cheereth, as the Scripture saith, both God and man.”

The queen intimated that she did not think the Bible contained any such declaration. The chaplain, being appealed to, agreed with her majesty. Rochester, deeming the king to be right, went to the kitchen to inquire among the servants if any of them were conversant with the Bible, and knew in which part of it the passage might be found.

Finding that the Scotch, Protestant cook was acquainted with the locality and meaning of the disputed verse, Rochester ordered him to be in waiting,and returned to the king. The “wine question” was still under discussion, and Rochester moved that David the cook should be called in. This was done, and the passage produced, and read aloud from Judges 9:13. The king smiled, the queen asked pardon, and the poor chaplain blushed. Rochester, now asked the parson to explain the text. “The poor craven chaplain said never a word.” The earl therefore applied to David for an exposition.

The honest cook immediately replied, “How much wine cheereth man your lordship knows; and that it cheereth God, I beg leave to say that, under the Old Testament dispensation, there were meat-offerings and drink-offerings. The latter consisted of wine, which by a metaphor is said to cheer God, as He was well pleased in the salvation He had appointed; whereby His justice was satisfied, His law fulfilled, His mercy reigned. His love triumphed, and the sinner was saved.”

The king was agreeably surprised at his evangelical exposition; and Rochester recommended that the parson should be made cook, and the cook made parson!