There is a story that comes from the mists of history… 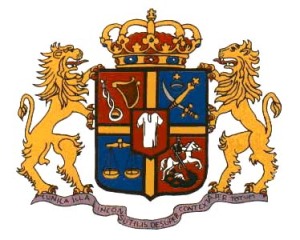 …about Peter de Dreux, who was the German Cousin to the King of France and Bishop of Beauvaias.  After being taken captive through force of arms by Richard I of England, he was imprisoned and fettered by King Richard for the personal injuries Richard had received during his own captivity.

The reigning Pope, Celestine II, wrote to the King gently remonstrating him in favor of the prelate, which the King answered by sending to Celestine the Bishop’s helmet and armor, with this one bible text, “know now whether it be thy son’s coat or not.”

This answer, was so just, and so appropriate, that it put a stop to the Pope’s intercession, and he replied “that the coat the King had sent him did not belong to a son of the Church, but of the camp; and the prisoner, therefore was at Richard’s mercy.”

So it is today, whose coat of arms do you wear, the world’s, or Christ’s?
.

Wherefore he is able also to save them to the uttermost that come unto God by him, seeing he ever liveth to make intercession for them.